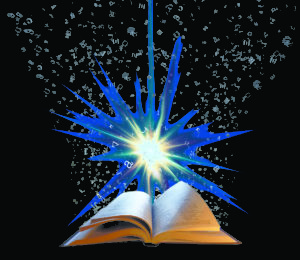 I was inspired by the Dalai Lama’s works, “Toward a True Kinship of Faiths, How the World’s Religions Can Come Together”, and “Ethics for the New Millennium”, to work for interfaith appreciation and understanding.

Our world is fractionalized, angry, and splintered. One of the things we fight about is religion. Of all of humankind’s attributes that should be the most healing and helpful in making peace, it should be religion. Yet, it is part of the problem. Amazingly, what the great religions of the world do have in common are similar spiritualities, often hidden within the religion itself. It’s not the rules, regulations, dogmas and cultural differences of each religion, but rather each religion’s similar spiritual approach to everyday living and how people should conduct themselves in the world that offers hope for peace and healing.

The spiritual approach of all the world’s great religions to such topics as compassion, peace, social justice, war, salvation, enlightenment, and social relationships, are often congruent. The perennial questions of life appear again and again in each civilization and from age to age, and our spiritual natures try to answer those questions.

This is not an attempt to make a one-world religion. It is an attempt at understanding a vital part of humanity, its spirituality, and using it for peace and understanding.

Rabbi Rami Shapiro, the author of, “The World Wisdom Bible”, one of my ‘go to’ sources on interfaith, says that religions are like languages. They express a similar concept, in different languages. If we are to understand each other, we must start to speak a similar language we can understand. Spirituality is the common language we have to learn if we are to make peace because we share it with all humanity.

I will be teaching a class on this subject called, “Wisdom Circle” at the University of Michigan’s Osher Lifelong Learning Institute on Wednesdays from November 7-December 12 at 1:00 pm. 734-998-9351. www.olli-umich.org.