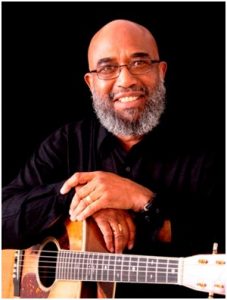 Josh White Jr., folk/blues, pop, jazz vocalist, guitarist, songwriter, actor, and recording artist will perform his “White Christmas” concert at Unity of Livonia on Friday, November 30, 2018, at 8:00 PM. Half of the proceeds will benefit Unity of Livonia Spiritual Center.

Josh White Jr. is a Detroit area icon and began performing with his father at the age of four. He acted on Broadway in addition to singing with his father for seventeen years on radio, television, concert halls and nightclubs around the world. He has continued his music and acting career for over sixty years.

From Big City Magazine: “A master of vocal inflection and involvement, Josh White Jr. … shows why he is considered one of music’s premier vocalists and performers.”