Body Mind Spirit GuideFor a healthy body, an enlightened mind, and a renewed Spirit
More
Home ALL ARTICLES You May Be More Powerful Than You Realize
Facebook
Twitter
Pinterest
WhatsApp
Linkedin 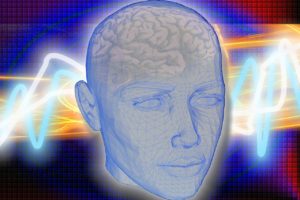 Do you realize how powerful your mind is? In his book, You Are the Placebo, Dr. Joe Dispenza cites some amazing examples of what people are capable of doing. Dr. Dispenza tells about an American surgeon, Henry Beecher, who operated on badly wounded soldiers. At one point he ran out of morphine and his nurse filled a syringe with saline solution and gave it to the soldier. The soldier believed it was morphine and reacted as though it actually was morphine. He underwent the surgery with little pain and did not have any shock. Following this, saline solution was successfully used many times when the doctors ran out of morphine with similar results.

Another interesting case involved a man who had advanced lymphoma, cancer of the lymph glands. He had huge tumors, some as big as an orange. His cancer was not responding to conventional treatment, and the man became aware of an experimental drug. He persuaded the doctor to give it to him, and within a few days, the patient was like a new man. His tumors had shrunk to half their size. Two months later the man read that the drug was completely ineffective. The man’s cancer and tumors returned. When the man concluded that the drug was worthless, he gave up hope and died shortly thereafter.

There was a story about men who imagined lifting weights for 20 minutes a day for three weeks. The muscles of these men were measured before and after the three weeks, and it was found that their muscles actually got larger, just from imagining lifting the weights.

Another study of interest involved men who suffered from osteoarthritis. An orthopedic surgeon, Bruce Mosely, wanted to compare two procedures to see which was more effective for this problem. The doctor had 10 volunteers and divided them into three groups. The doctor used a procedure called “lavage” on three of the men; he used the conventional method called “debridement” on two of the men; he did “sham surgery” on the other five men.

All he did was make an incision and then stitch them up. No medical procedure was performed. To his amazement, all three groups improved about the same amount. The doctor interviewed two of the men who had the “sham surgery” several years later and they reported feeling much better than before the surgery. They felt as though they had regained their lives, and were now able to do things they could not do before the “surgery.”

One other amazing study worked with people who suffered from depression. These individuals were given placebos and told they were taking anti-depressants. Of these people, 93% improved and did as well as those who took the actual anti-depressant medicine.

According to Dr. Dispenza, what is happening is that these people believe they are getting the actual substance or treatment, and they begin to program their autonomic nervous system to make their own pharmacy of chemicals which match the exact same chemicals they think they are taking. In other words, our bodies can create the same substances that we are getting at the pharmacy. This is how powerful our minds and bodies are.

Of course, it is not easy to do this on a conscious level, but our subconscious knows how to do this. Dr. Dispenza mentions different types of meditations people can do to accomplish these amazing feats. But there is another way to achieve this and it is with the use of hypnosis.

If you would like to find out more about hypnosis or would like to experience a few sessions, please call Phillip Rosenbaum at 248-688-6469. This could truly change your life.