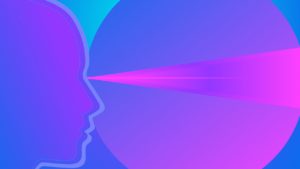 The poet Jonathan Swift said, “Vision is the art of seeing what is invisible to others.” I believe that he was onto something here. This month we are taking a look (no pun intended) into Clairvoyance, the act of ‘clear seeing’. This telepathic gift allows us to see the spirit world, objects, locations, and many other things through extrasensory ability, not through the conventional means of seeing with our eyes. It is thought that this inner vision is directly or indirectly linked to the Pineal gland located at the base of the brain.

Clairvoyance can come as a slight tingling sensation or an awareness of the third eye chakra being active. It can also come in vivid dreams that foreshadow what is to come. When seeing clairvoyant visions, it will be typically accompanied by a clairsentient feeling and clairaudient hearing. Clairvoyance has also gone hand-in-hand with other psychic gifts, including clairolfaction (smelling), clairgustance (tasting), and clairtangency (touching/psychometry).

Going back to the Victorian era, there are documented demonstrations of clairvoyance. This age seemed to be fascinated with the supernatural, as spirit communication became a marvel. A number of Christian saints were said to be able to have the gift of clairvoyance, as they were able to see things and visions outside of their immediate sensory perception. It is probably the most well known of the Clairs as many have familiarized themselves with this term through popular TV shows, such as, Alison Dubois in “Medium” or Melinda Gordon in “Ghost Whisperer”. Though these TV shows may not be totally accurate in their depiction of the afterlife, they have served to open our minds to the gift of clairvoyance.

This article would not be complete without briefly touching on the modern technique of clairvoyance known as, remote viewing, a scientifically structured approach to ‘seeing’ people, objects or locations over a long distance. This process was intended to have an individual who had the gift of Clairvoyance focus in on a certain target and relay all the information they could pick up about the location to their superiors. When it began and how much it is used seems to be disputed in many different areas. The only thing that does not seem to be in dispute is that remote viewing is still being used in some form of our military programs as well as within many other countries.

As stated by Anthon St. Maarten, “Clairvoyant psychics and mediums have the ability to see mental images or perceive paranormal visions that are beyond the normal human senses. Simply stated, clairvoyants are able to ‘see’ beyond the normal range of physical eyesight”.

For me, I perceive spirit as a hologram, usually seeing the person, animal or object as a 3-dimensional image. This then yields the question, What do I do with what I am receiving? As I touched on before, one or more of the other Clairs will accompany the image to provide clarification on what the meaning is. Information that is relevant to the client’s current lifetime will be stationary images, while a glimpse of their past life will come through as a clip from a movie. Every medium and psychic will have his or her own way of obtaining, seeing or interpreting information from the spirit world. As for your journey, be open to the means by which they (the spirit world) is sending you the answers to your questions.

I would like to wish you a happy and fun Holiday season in 2018. I will be seeing (pun absolutely intended) in 2019.