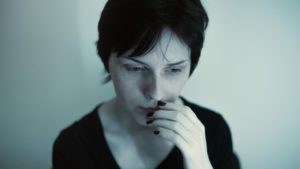 Do you ever feel that you are stuck in a rut? So often we have opportunities to try something new; however, instead of taking the risk, we stay where we are. Unfortunately, this often deprives us of new and enjoyable experiences. According to the late author and psychologist, Dr. Susan Jeffers, who wrote the book, Feel the Fear and Do It Anyway, “Everybody experiences fear when doing something totally new.”

Many people are willing to face their fear, but many are not. You may wonder why this is. According to Dr. Jeffers, it is not the fear that is the problem. Rather, it is how one “holds” the fear that makes the difference. In other words, do we come at it from a position of power or do we approach it from the position of helplessness? The real problem is how we feel about ourselves. If we have high self-esteem and feel good about ourselves, we will often take the risk. However, if we feel we are not good enough or lack self-love, we will tend to avoid taking the risk. Thus, it is not the fear that holds us back, but rather how we feel about ourselves.

A study by Douglas Nemecek, MD, Cigna’s chief medical officer for behavioral health found that “The problem has reached ‘epidemic’ proportions, rivaling the risks posed by tobacco and the nation’s ever-expanding waistline.” He states that “Loneliness has the same impact on mortality as smoking 15 cigarettes a day, making it even more dangerous than obesity.”

Arthur H. Brand, Ph.D., a licensed psychologist in Boca Raton, FL, believes that face-to-face connection with others is the best remedy. However, making connections with others often entails taking risks. And as previously mentioned, if individuals do not feel good about themselves, it is not very likely they will be willing to take the necessary risks.

It is apparent that raising one’s self-esteem and loving oneself is a necessary component in overcoming this problem, as well as other situations which entail risk-taking. So how does one go about doing this? As mentioned in previous articles, all of us have been programmed from our earliest days until about the age of seven. Unfortunately, much of this programming included negative and dysfunctional messages. These beliefs are now in our subconscious mind. We are probably not even aware of what they are.

What is required is to become aware of these unhealthy beliefs, eliminate them and replace them with much more rational and healthy beliefs. This often requires outside help, such as hypnosis or counseling. One of the most powerful elements of hypnosis is that it deals with the subconscious mind and thus can quickly locate where these negative messages are coming from and reveal that they are not valid. They do not need to dominate our lives anymore. We can change these beliefs. By doing so, our self-esteem will improve and we will be much more willing to take the necessary risks to end the loneliness in our lives.

If you are interested in making some important changes in your life, why not consider hypnosis or counseling? One other advantage of hypnosis is that it works quickly and does not require months or years of therapy. Thus, not only do you save time, but you also save money. One of the unfortunate truths about hypnosis is that people often come to see a hypnotherapist as a last resort. They have tried practically everything, but nothing has worked for them. Why not start with hypnosis? It may be the very thing you’ve been looking for.

If you would like to find out more about hypnosis, please call Phil Rosenbaum at 248-688-6469. Changing your negative beliefs can transform your whole life, and you do deserve to feel good about yourself.