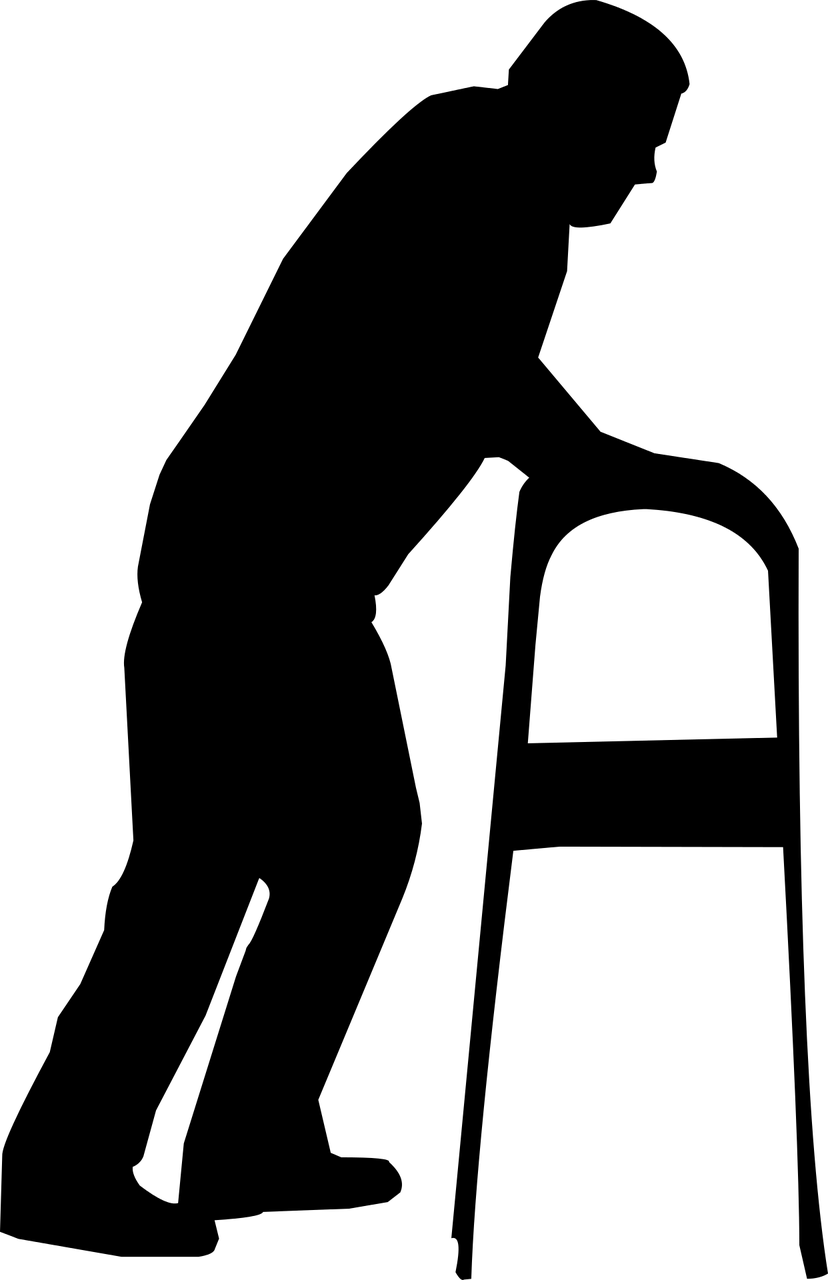 Have you ever noticed how some people look old before their time? It seems as if they are aging at a very rapid pace. In a short period of time, they can appear to be sliding down the slippery slope of advanced aging.

One of my clients told me how he was alarmed by what he saw happening to his uncle, who is 86 years old. About 1½ years ago, his uncle fell down and sustained an injury. His doctor prescribed that as part of his rehabilitation, he use a walker. A walker is a device that is often used by those who are recuperating from the leg, hip or back injuries or those who are having problems with walking or mild balance problems.

Unfortunately, over the next several months, my client’s uncle became more and more dependent on the walker. Instead of providing some needed help and support until he had healed from the injury and regained his “normal” posture and mobility, quite the opposite happened.

My client told me that he saw his uncle at a family gathering, and was shocked at how his uncle looked another ten years older from how he’d remembered him before his fall. He learned, from the conversation he had with his uncle, that he couldn’t go anywhere without his walker and had become totally dependent upon it.

Let’s take a closer look at what occurred. A walker in itself is an excellent temporary aide until a person regains their normal walking pattern. However, what happens too often is an older person will become dependent upon it. This dependency creates just the opposite result of what is hoped for. It will not allow a person to bring their structure and posture back to its optimum level. In some cases, as they walk, it can take them out of their vertically upright relationship to the ground, and their walker can actually pattern the person into being even more hunched over.

This case of my client’s uncle is not unusual. Many times, my clients tell me about people they know who seem to be losing their war with gravity.

A recent study that appeared in the online, Journal of Geriatric Physical Therapy, suggests that the devices themselves may actually cause people to fall in certain situations. “Sometimes, the walkers’ design itself causes them to lose balance, while other times, they are having balance problems because of a gait issue that has developed over the years which was never addressed properly with therapy or chiropractic methods. Gait problems develop over time, usually due to problems in the core (mid-section of the body not working properly), which result in a shorter gait, overall stiffness and a loss of balance.”

As a person becomes more and more hunched over, it brings them closer to the ground. The longer the person is dependent on the walker, the more their body will conform their posture to the use of the device.

Physically, what starts to happen is that the core of the body starts to shorten, with their Psoas muscles, in particular, not standing a chance to participate in their walking. Their head becomes more pulled forward and down. When there is a shortening of the myofascial components in the front of the torso, called a clavi-pectoral fascia, and in the attachments of the diaphragm under the rib cage, it can result in a rounded, more shortened, and curved posture with the muscles on both sides of the spine becoming a bodyworker’s nightmare.

Much like an old abandoned house, eventually, the gravitational pull of the earth will cause the structure to begin to lean and eventually fall to the earth. What can be done to treat this condition? What can a person do to avoid the misfortune of experiencing what my client’s uncle had to endure?

There are a number of approaches that can help.

Some healing approaches can include the practice of yoga. This in and of itself can have a powerful transformative effect on a person’s condition. It can do much to correct the individual’s posture.

Chiropractic treatments over time are another very effective way of treating this condition. Physical Therapy that combines skillful hands-on work with a prescribed at-home exercise regimen, can help.

Rolfing is dedicated to correcting this type of affliction. It does this by bringing the body back from destructive patterns that are formed by a compromised posture. It gives the body the internal support it needs by lengthening and “fluffing” up the sheets of body’s facia (connective tissue) and bringing the Psoas muscles back online and allowing the person to be upright again with less pain. Best of all the results are designed to be long-lasting.

Of course, one of the best forms of treatment is prevention. If you are not doing so already, why not begin a stretching and balance program that allows you to develop your muscle tone, coordination, and strength. A combination of yoga and Pilates can also be very useful. Also, a Rolfer could suggest which exercises from Rolfing Movement Integration work would be most useful. This approach can be one of the best investments of your time and energy, as you go for the goals of optimal health and structural well-being.