Body Mind Spirit GuideFor a healthy body, an enlightened mind, and a renewed Spirit
More
Home SPIRITUALITY affirmation Are You Focusing on What You Want?
Facebook
Twitter
Pinterest
WhatsApp
Linkedin 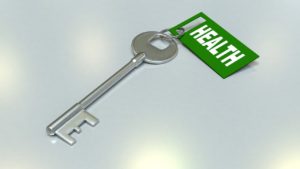 You may have heard of Dr. Joe Dispenza. He originally was a chiropractor in California.

Dr. Dispenza was riding his bike during a triathlon when he was run over by an SUV. Six of his vertebrae were broken. He was told that he needed surgery to reduce his pain and to give him a chance of being able to walk again. However, he would still have to live in chronic pain for the rest of his life. The doctors told him that if he did not have the surgery it was very likely that he would be paralyzed. Four separate doctors recommended he have the operation.

Dr. Dispenza did not like what he heard and decided not to have the surgery. He believed there was a greater power inside of him that could help him heal. He decided to visualize that he was totally healed and able to walk again. Every day for two hours, twice a day, he would visualize himself being completely healthy and walking. At first, he had great difficulty with this, as negative thoughts would keep entering his meditation and interfere with his desired goal. For six weeks this problem continued to occur.

At the end of these six weeks, he was finally able to visualize what he wanted without interference from negative thoughts. He reported that as soon as he was able to successfully visualize his goal without negative interference, he started to feel his body getting healthier. In addition, he could now visualize what he wanted much more quickly; it now took him only 45 minutes. Remarkably, 9 ½ weeks after the accident he was able to walk again. A few weeks later he was back at work. Dr. Dispenza believes that when you focus on what is occurring in your life at the present time, things will not change. You need to see a new future if you want your life to improve.

Dr. Dispenza now travels all over the world helping other people to heal. He believes that everyone is capable of healing. While it is true that this approach worked for Dr. Dispenza, it does require tremendous will power and determination to remain so focused on one’s goal. Most people are unable to attain this level of commitment on their own.

There are ways to make this easier for you to attain. Hypnosis is an excellent method to help you change your habits. Most of the time people focus on what is happening to them currently, but what is necessary is for them to focus on the desired outcome. Hypnosis can help you change what you are focusing on. It can help you persist in your visualization so that you are able to achieve the end result you desire. Furthermore, if old patterns are preventing you from changing, hypnosis can help you understand where these patterns are coming from, and then help you eliminate them and replace them with new and much healthier beliefs.

There are now thousands of peer-reviewed studies demonstrating not only that hypnosis works, but that it can be helpful for a large variety of problems. If you would like to find out more about hypnosis or would like to experience it, please call Phil Rosenbaum at 248-688-6469. Why not see if hypnosis can help you get to where you want to be?