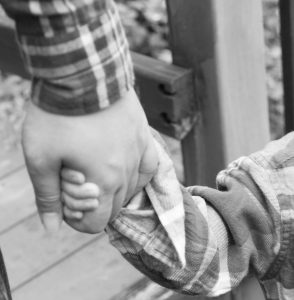 A few years ago I had a client, we will call him Pete, who was experiencing anxiety attacks. I invited him to participate in a Family Constellations session to help identify, get at the root, and resolve what was causing these attacks. As he explained to me when he would have these panic attacks, he would experience strong emotional distress and always hear in his mind the words, “I’ll never get out of here alive.”

Whenever you hear language like that from someone going through the Constellation Process, it is an indication that there is more, much more to the story. The question was, where did that anxiety come from? Was it something that a person experienced previously in life or did it come from someone else that he was related to? As it turns out, his deceased father had been a soldier in the Vietnam war and had been involved in a very heated battle where it looked like he wouldn’t survive. Men all around him were dying and he found himself saying out loud the words, “I’ll never get out of here alive.” Fortunately, despite suffering severe wounds, his father did survive. His dad didn’t like to talk much about his Vietnam war experience, but he did share a few stories with his son, one of which was that particular story.

People often ask me, What is Family Constellations? Family Constellations is a process that is used to detox a person from family pain and/or drama. Unconscious limits to success in this life often stem from the unresolved and many times unspoken traumas, tragedies and transgressions that weave themselves into the DNA, energy, “fabric” and conversations of life.

What participants often tell me that they get from this process is that they are able to now identify the causes and resolve the feelings and actions that block financial success, health issues, limiting beliefs and behavior patterns. Also, quite often participants who have experienced long-standing tension with one or more family members find these conflicts spontaneously resolved without their relatives being aware of the work was being done.

As part of the Family Constellation process, we ask other participants in the session to represent family members that are either deceased or still living, and who most likely had something to do with the trauma that is begging to be resolved. As strange as it may seem, these other participants will actually begin to take on the personality traits, belief systems, postures and sometimes physical symptoms of the person whom they are representing.

In our Family Constellation session, where we were working on Pete’s anxiety attacks, I noticed one of the representatives who was playing Pete’s father started to grimace as if in pain. I then asked him what he was feeling. As he grimaced, he explained he was experiencing a sharp pain in his left shoulder just where the “real Pete” had been injured. Then, he started to panic. He started to shout words and phrases much like my client had described in the pre-Constellation questionnaire that he completed before the start of the workshop. The information in that questionnaire had not been revealed to the representative participant before the event. As the representative later shared, the words and phrases that he used just came out of him when he was standing in for (or “representing”) the client’s father.

So, what was revealed was that the anxiety and trauma that my client’s father had experienced during the Vietnam war had been energetically passed on to him. He was literally embodying his father’s emotional trauma in his own everyday life.

With that information revealed, we used the Constellation’s Process to energetically and symbolically return the anxiety to his dad while providing a new image of what was possible for the son. With Constellations, there are three recipients of healing: the person who has come to the workshop; the ancestor most connected to the problem; and the Family System as a whole.

Sometimes people are curious about how a structural bodyworker became interested in facilitating Family Constellations. Let me share two stories that will shed light on this. When I was attending a Rolfing training in working with kids the instructor said that “When you are working on a child you have that child’s whole family system in your hands.” The other story was that during the first Family Constellations I lead, one of my bodywork clients told me, “Constellations are like Rolfing for the soul.” I couldn’t have said it better myself.