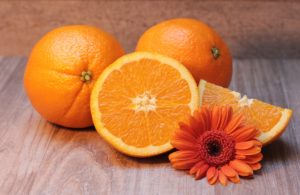 This story takes place in the land of vitamins and minerals which probably sounds about as interesting as looking at a bowl of alphabet soup. On the contrary! This land is exciting because it’s about what makes us tick! (Remember when watches ticked?) Everyone seems to be in agreement about the moral of the story (that vitamin C is necessary) but disagree about how much, how often and how to obtain it. Vitamin C is definitely a main character when it comes to health, so please keep reading so you can decide for yourself.

Vitamins were discovered in the early part of the 20th century. The word vitamin is derived from two words: vital (meaning necessary) and amine (because vitamins were first thought to contain amino acids.) When science found that the substances they called vitamines didn’t contain amino acids, the last letter was dropped. Casimir Funk had coined the term vitamine in 1912 in a scientific paper. He proposed that diseases were caused by insufficient amounts of certain substances obtained through food.

In 1929, Drs. Hopkins and Eijkman received the Noble Prize for discovering that vitamins were essential to health. In 1937, Albert Szent-Gyorgyi, M.D., Ph.D., received the Nobel Prize in medicine after identifying vitamin C as the white powder found in fruits and vegetables. Dr. Szent-Gyorgyi, along with many other scientists, physicians, and biochemists, believed that people need gram-level intakes of vitamin C to maintain health, and need even more in disease states. They believed that vitamin C is an essential dietary factor, unlike a vitamin that’s only needed in trace amounts. By definition, vitamins are essential micronutrients needed by organisms in small quantities for proper functioning. This basic controversy remains today.

A long time ago, all mammals produced their own vitamin C. There is some speculation that a cataclysmic event involving a radiation burst created a genetic mutation in some mammal species which caused them to lose the ability to produce their own vitamin C. This loss is shared by humans, Great Apes, guinea pigs, bats, and several bird species. Fortunately, through the consumption of vegetation that contained vitamin C, these and our species continued. Close one!

There’s another interesting twist in the current vitamin C story. People that consume large amounts of fat and meat in their diet tend to need less vitamin C to stay healthy. This was learned from studying the diets of people such as the Inuits (Eskimos.) People that eat more grain need more vitamin C. However, we shouldn’t eat grains in any quantity as they were not part of our native diet in large quantiles. The problem is that grains convert into sugars which causes inflammation and disease. Sugar also prevents the absorption of vitamin C into our cells.

Despite hundreds of studies and references showing how large doses of vitamin C can be hugely beneficial, a rift developed between the medical/pharmaceutical establishment and those who advocated for higher dosages of vitamin C. An interesting book that outlines vitamin C research and references hundreds of studies is called, “Vitamin C: The Real Story” by Steve Hickey, Ph.D. and Andrew W. Saul, Ph.D.

Scurvy was the first disease associated with vitamin C deficiency. Sailors didn’t eat fresh vegetables or fruits that contained vitamin C when they were at sea because they didn’t have a way to keep them from spoiling. Consequently, the sailors bruised easily, had bleeding gums and loose teeth (think of the smiles on the characters in the Pirates of the Caribbean movies). And they died painful deaths when their connective tissues collapsed.

Many of the patients I see experience similar symptoms. Another problem that appears to be in near-epidemic proportions are various types of stones, such as kidney stones, gall stones and crystals in the semicircular canals in the ears. These crystals can cause dizziness when they move around. These ear crystals are an example of calcium precipitating out of the liquid state as stones or crystals due to a lack of both phosphorous and vitamin C.

While reviewing the research, I noticed that many physicians in the past used vitamin C to dissolve stones. There are specific ways to utilize this nutrition to achieve the desired results so it’s a path best taken with a guide that knows the way.

Linus Pauling, the famous Nobel Prize-winning chemist, was a huge proponent of using vitamin C in large quantities. Pauling studied the diet of the Great Apes in order to determine the vitamin C levels adequate for humans. This number was far greater than the RDA’s suggested by government agencies.

What else do high levels of vitamin C help with? Vitamin C is an anti-oxidant which prevents and reverses many of the effects of free radical damage, and many disease processes are the result of free radical damage. Vitamin C has been shown to help prevent heart attack, stroke, bleeding in the joints, joint pain, hair loss, loss of teeth, collagen failure, fatigue, cancers, heavy metal toxicity, cataracts, SIDS, polio, diphtheria, tetanus, hoof (now hand) and mouth disease, stretch marks and stones.

The difference when it comes to the effectiveness of natural plant-derived C and chemically derived C is due to synergistic factors in real vitamin C, including an important copper enzyme. In mammals that produce their own C, the quantity is ramped up a great deal when fighting a disease or potential problem. Our white cells can also pump in extra C to protect themselves when we’re under attack provided that we give them an adequate supply.

Vitamin C is an incredible weapon in our body’s arsenal to fight and protect us from devastating diseases. Come learn more with us on April 25th!