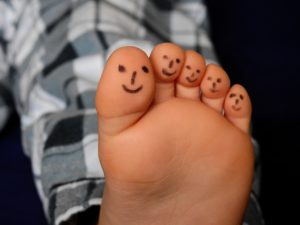 Anyone who’s soaked their feet in warm water after a long day may remember how relaxing it felt. Although an ion footbath is more sophisticated than just soaking in warm water, why not do both? Taking care of ourselves means finding balance in a stressful world. It also means taking steps to reduce the effects of stress on our body. A great number of people succumb to illness before understanding the importance of this; unfortunately, the road to health is much steeper once a disease process starts.

One of the most important concepts in a wellness paradigm is that detoxification is essential to health. Evidence shows the link between the accumulation of toxins in the body and the development of chronic diseases, such as cancer. When toxins overwhelm the body’s normal excretion mechanisms, the body produces inflammation in the area of the toxins if it can’t eliminate them. This type of inflammation is the body’s way of saying it’s in trouble. As the body becomes overloaded with toxins, it begins to deposit them into areas where they’ll do the least harm, such as fat cells, cysts, polyps or tumors.

Within the body, there’s a system of invisible energy pathways called meridians. The meridians are one of several pathways for toxins to exit the body. Capillaries and lymphatic channels also pick up toxins and carry them to the liver and kidneys to be detoxified and/or excreted. An ion cleansing footbath makes sense (and is effective) because these meridians have beginning and end points on the feet. Here’s the basic science: An electromagnetic ionic field is created in the ion foot bath. Immersing the feet in the electromagnetically charged water enables electrical contact with all the primary meridians. Change charge density and the geometry changes, releasing trapped molecules. Changing the local charge configuration releases material that is ionically bound.

The body’s meridians reside in the matrix. The matrix is a web-like fabric surrounding every part of the body. James L. Oschman, Ph.D. defines the matrix as the extracellular, cytoplasmic, and nuclear matrices that form a continuously interconnected fabric that extends throughout the body. In a report on the mechanism of action of the Erchonia EB-PRO in regard to physiological detoxification, he states that toxin removal enhances the functioning of virtually all of the physiological systems (October 2004). Detoxification is essential when the matrix becomes compromised by toxic accumulation.

The matrix is comprised of a tissue called fascia. The existence of this covering has been known for thousands of years but not until recent times could the exact nature of this complex matrix be explained. Tiny tubes called tubules carry an oxygen-rich fluid to the muscles and tissues in the fascia. (Note: If the fascia receives an injury, this fluid turns into a gel and doesn’t flow until it’s repaired. A chiropractic adjustment can assist with this type of repair.)

The fascia acts as a net to capture harmful toxins. It has an overall negative charge whereas most hazards to the body are generally positively charged. The ion footbath alters charges on the fascia matrix to allow the captured toxins to be released. The computerized alteration of the ionic charge from positive to negative may be compared to the energetic equivalent of wringing out a cloth to expel particles caught in the matrix.

The body sets its own pace in an ionic cleanse as it mobilizes and eliminates stored toxins and wastes. Detoxification occurs both during and after treatment through the organs of detoxification (i.e. kidneys, liver and skin). Approximately 60% of the toxins are exhaled through the lungs over the next 3 – 5 hours, 30% through the bowel/urine and only about 10% enter the water.

There’s been much conjecture in the past by well-meaning but not well-informed individuals saying that the toxins being eliminated can be identified by the colors in the water of the footbath. This is incorrect. When the ion cleanse system is activated, it creates an electrolytic flow. Substances present in the water, such as salt, choline, magnesium, copper, and detergents change the color of the water. Anything present on the skin also influences the color.

The internet shows many different types of footbaths with varying prices. In the office, we use a professional unit, the Erchonia EB-PRO, because it has the most advanced technology available although it costs thousands of dollars rather than several hundred. It uses a battery power source for safety reasons which allows it to be FDA approved. Direct current units eliminate the possibility of unwanted power transients or static sounds being passed to the body. Inexpensive units typically plug directly into the wall. The arrays used to create the therapeutic ion field also vary. The EB-PRO uses a copper coil array. Systems that use leaded solder arrays can transfer unwanted substances into the body.
The array conducts direct current into the water and generates an ionic field which then transfers into the body. The bubbles from the array indicate that the ionic field is being created as the hydrogen and oxygen particles separate. A small amount of salt is used as a catalyst to enhance this reaction. Warm water allows the feet to sweat, opens the pores, and allows a greater absorption rate through the skin. Spaces within the skin have also been found to support the flow of materials released from the matrix.

The references in regard to the mechanisms of the ion footbath are based on the Erchonia EB-PRO. Erchonia refers to it as an energy balancing system because it is designed to restore the body’s energy and balance by restoring the body’s proper pH and facilitating the body’s natural detoxification process. This type of ion therapy doesn’t claim to cure or treat any disease or injury. The body’s organs naturally function better after detoxification and the rebalancing the body’s bio-energy fields. Patients often report increased energy, improved mental clarity, more vitality, clearer skin, a stronger immune system, and looking and feeling healthier – as well as happy feet!