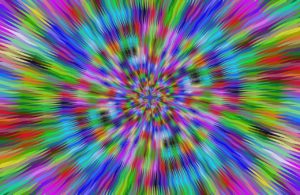 I am reading Michael Pollen’s new book, “How to Change Your Mind”. It largely focuses on the recent history and dynamics underlying the uses of LSD and psilocybin. It discusses the experience of taking these drugs, the history and the therapeutic use of psychedelic mushrooms, and the colorful history of pioneers like Tim Leary, and Ram Das (Richard Alpert), the Harvard researchers who started the Turn On, Tune In, and Drop Out ‘movement’, fostered by their LSD experiments.

I must confess that my decision to become a clinical psychologist was fostered by an LSD trip that I took. I was at a pivotal place in my life. I had finished an undergraduate degree in English and Humanities but was stuck in where to go next. A friend told me about these magic sugar cubes, which had a microdot of LSD on them. I knew nothing of it, but recklessness, a quality which has led to both thrills and destruction in my life, took over. “Why not!” I said. For the next twelve hours, I tripped and entered a state of mind I had only glimpsed before in occasional dream states.

William James, the pioneering American psychologist wrote about mystical experiences in his book, “The Variety of Religious Experience”. He pointed out that the experiences are not describable once the experience ends and we enter our normal state of consciousness.

The experience motivated me to seriously explore the dimensions and parameters of my mind, and this naturally led to a new direction — looking to understand and heal my mind and those of others.

Many years later as an intern at Lafayette Clinic, I was involved in that clinic’s research specialty in schizophrenia. They wanted to experiment with LSD as its “symptoms” are similar to those noted on LSD trips. Unfortunately, LSD got caught up in the drug scares of the 1970s. It was classified as a Schedule One drug and was banned from the community, and banned from research.

Over the past few years, research has resumed. Universities such as NYU and John’s Hopkins have revitalized research into the effects of psychedelics.

Recently I read of efforts to administer psychedelics to terminally ill patients in order to ease their fear of death. Studies are underway to examine if such drugs reduce alcoholism, anxiety and depression, and criminal recidivism. In Silicon Valley, micro-doses of LSD are being used frequently to boost motivation and creativity.

Here are the effects that have been noted:

1) The transcendent state experienced with psychedelics is no different than those reached through prolonged meditation, isolation and starvation.

2) People who “trip” report entering an egoless world, a state of transcendence that separates the ego from a transcendent self.

3) Unlike most drugs, people who take psychedelics under controlled conditions only seek it once or periodically. Unlike marijuana, cocaine, alcohol, or heroin, there is not a craving or regular use.

4) About 70% of the participants report a life-changing experience. Many report a change in attitude, vocation or relationships. Psychedelics appear to give persons insight, with life-changing results.

5) There have been some “bad trips”; consequently, the use of such drugs should be done with trained therapists and with pharmacological specific dosages.