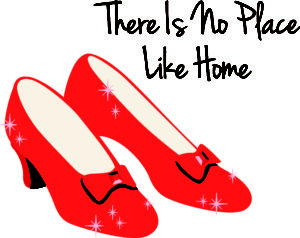 The book, “Wizard of Oz”, was written by L. Frank Baum, who was a member of the Theosophical Society which was an organization formed in the United States in 1875 by Helena Blavatsky to advance Theosophy (the study of the occult and comparative religions to find common roots to create a universal doctrine).

Baum used an allegory of these teachings when he wrote the Wizard of Oz, and I say “wrote,” but in truth, it is a channeled work. Here is what Baum said about it:

“It was pure inspiration… It came to me right out of the blue. I think that sometimes the Great Author has a message to get across, and He has to use the instrument at hand. I happened to be that medium, and I believe the magic key was given me to open the doors to sympathy and understanding, joy, peace, and happiness.” -L. Frank Baum, cited by Hearn 73

Wow, so the “Great Author” channeled the Wizard of OZ or “Wizard of US” to Baum.. awesome!

Looking closely at the story, you can see that it is about the Golden Path back to Divinity from whence we came. The path to enlightenment, our way back to God!

Here are some clues to look for and ponder when viewing the movie:

2. Dorothy Urge = inner urge, all energy moves in a circular pattern; all things return to where they came from; we each have an inner urge to return to God.

4. Giant Cyclone = Vortex, the giant cyclone which was spiraling upward is an energetic vortex that lifts us up and out of our bodies into the Spiritual Realm.

5. Yellow Brick Road = The Golden Path to Enlightenment. The path is an outwardly expanding spiral that the soul travels on, from the physical matter to the spiritual realm.

6. Silver Shoes = the Silver Cord is a cord each soul has that connects us from the physical body to our astral body and remains connected until our dropping of the clay body to final physical death. (note that the shoes were changed to red by the director for better visual effect).

7. The Characters = The Scarecrow/Brain, The Tin Woodman/Heart, and the Cowardly Lion/Courage = The trinity of us, better understood by learning about the Cranial Brain, the Abdominal Brain, and the Pelvic Brain, it is the journey from the head to the Heart and from the loins to the Heart.. the Heart is the center of us and the center of all creation. When we are centered, we can move upward on the path to enlightenment.

8. The Wizard = a personal God created by the conscious mind, promising to take us to heaven but filled with fear, wrath, and oppression.

9. The Emerald City = the Shambhala or the Kingdom of God.

• Witches of the North and South form a heavenly vertical axis; the spiritual world.

12. The Poppy Field = Addictions that we consume that put us to sleep and prevent us from continuing on our path to enlightenment.

13. Home = The end of the Journey, the combining of the physical self and the spiritual self, heaven on earth, the soul is at home with itself “ENLIGHTENED!” And Dorothy exclaims, “There is no place like home”… Amen!