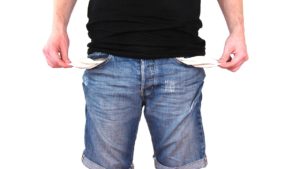 Are you having trouble making as much money as you desire? Did you know that we all have beliefs about money that we acquired when we were very young? Many of these beliefs are actually preventing us from making the kind of money we desire. Take a moment to consider if any of the following expressions resonate with you: Money doesn’t grow on trees; It takes money to make money; It is not spiritual to have a lot of money; If I make a lot of money, I will lose all my friends; Money is the root of all evil; Only greedy people are rich; If I make a lot of money, it will corrupt me; Money slips through my fingers; The more money I have, the more it goes. Or perhaps a parent said, “Do you think I’m made of money?” or, “Who do you think you are? We can’t afford it.”

As you can see, there are a lot of faulty beliefs about money, and many people carry one or more of these powerful beliefs. The problem with holding on to these thoughts is that they will actually prevent you from making the kind of money you desire. You are probably not aware that you are holding on to these kinds of beliefs, but your subconscious mind accepts them and acts as though they are true. If you ever find yourself sabotaging opportunities to make more money, it may be because your subconscious mind believes these unhealthy messages and maybe trying to protect you from possible negative consequences of making a lot of money.

Many people believe that they do not deserve to be successful or well-off financially. A very common belief many people have is that they are not good enough or are not deserving of success. Many people believe they are not smart enough to make the kind of money they would like, or that if they try they will fail. Perhaps you made early decisions about money if you saw your parents fighting about it. In such a case, you may have concluded money is a bad thing, or that money causes a lot of suffering. These early beliefs are most likely still with you unless you have examined them.

It is now believed by many experts that 95% or more of what we believe is coming from our subconscious programming. In other words, when we were growing up, usually until about the age of six or seven, we pretty much accepted everything we were told by parents or other authority figures. Those beliefs then go into our subconscious mind and we don’t even realize that we are holding on to these outdated messages. It’s incredible to realize that ideas we accepted at such an early age are actually running our lives as adults. Because these beliefs are so deeply embedded in our subconscious mind, it is extremely difficult to rid ourselves of them, challenge them and replace them with healthier beliefs.

Up until about age seven you are pretty much in a hypnotic state of mind and easily accept what you hear or see. Since you learned these unhealthy messages while in a hypnotic state, how better to unlearn them than in a hypnotic state. This is one reason hypnosis can be so helpful. Hypnosis can help you identify what your early beliefs are, where they came from, and then challenge them and replace them with much healthier beliefs that will allow you to accomplish the goals you set for yourself.

If you would like to learn more about hypnosis or experience what a hypnosis session is like, please call Phillip Rosenbaum at 248-688-6469. Isn’t it time to eliminate this negative programming that is running your life?