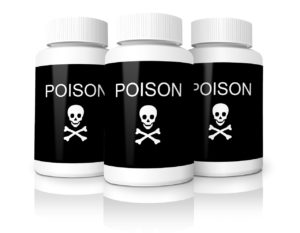 A most common motif in Buddhist art is the sacred wheel of life. It is frequently represented in many Buddhist paintings or Tanka’s and signifies samsara, the moving wheel that leads to the cycle of death and rebirth. As people, we are stuck on this wheel and condemned to this endless cycle of death and reincarnation, unless we free ourselves through selfless acts. The purpose of enlightenment is to liberate us from this cycle. Through enlightenment, we accumulate positive karma, which rescues us from sentient being. When we die we enter parinirvana, a transcendent state free of worldly (bodily and psychological) pain.

At the center of the wheel is a small circle containing the images of a pig, a rooster, and a snake. These are referred to as the three (3) poisons. Their place at the center of the circle signifies them as inherent human afflictions, which, if unchecked, create negative karma, or the very thoughts, feelings, and behaviors that tie us to the wheel. Reaching enlightenment is dependent on breaking free of the pernicious infection of these poisons.

I was a student of psychoanalysis, and I was struck by some of the common thinking between Freud and Buddhism. Freud saw man’s neuroses as originating in his instincts (Triebe), which were the psychological representatives of biological processes. He saw sex and aggression as the two basic instincts. Man’s entire psychological existence is created by these instincts as they interact with the forces of socialization. A man’s psychological health rests on successfully taming these instincts and channeling their energy into healthy endeavors. Both psychoanalysis and Buddhism use practices to combat basic corrupting tendencies.

The concept of an inherent negative force is also represented in western spiritual traditions: Original sin in Christianity and the yester hara (evil tendency) in Judaism.

Greed (the Rooster) is an insatiable craving for material gain, food, money, status, and power. The lynchpin of greed is unchecked desire, an insatiable hunger past the bounds of any functionality. The world is filled with temptations which trigger desires; for some, there is a craving whose narrative commands that every desire needs to be pursued. Underneath this narrative is the fantasy that this new car, this promotion, or winning this contest, will give me permanent bliss.

Of course, when one acts on the desire it never brings satisfaction, and in fact, feeds our thirst for more.

The effect associated with the narrative of greed is anxiety. Anxiety’s bodily representation is tense and hyperactive; the anxiety narrative is the fear of never having enough things, love, power, fame, money, obedience, etc. Obtaining the desired object turns anxiety into elation, which like a candle’s breath dissipates, setting the cycle of desire-disappointment again.

The understanding of the difference between feelings of desire and the illusion of being satisfied by acting on the desire is illustrated by a story of the Dalai Lama. He was in New York at a conference. He was chauffeured each day. Their route would take them through streets lined with shops selling cameras, computers, and musical instruments; a symphonic cornucopia of flash and color. His companion noticed that the Dalai Lama kept looking in the store windows. Finally, the companion inquired, and the Dalai Lama replied, “I don’t know what those are but I do know I want them.” An enlightened man, he knew to observe desire welling up in him, but to not buy into the illusion that desire is “real” and deserving of action. The non-enlightened buy into the feeling narrative that acting on desire will give us closure or stability. The enlightened know that feelings of desire are different than our acting on the feeling.

Greed, from a Buddhist perspective, is attachment; a need to pursue and hold on to things, or people, or ideas. Greed is doomed to bring suffering, as change is a constant so that all attachments are eventually lost, causing pain in those who vainly try to hold on. Bad karma is accumulated due to both the insatiable greed and the pain of loss. The greed-loss cycle is a constant threat to our equanimity with its insatiable circularity; it is there within us in very subtle to very profound and manifest ways.

The clinical syndromes associated with greed all share is dominated by a lack of satisfaction and the perusal of things to fill that void.

Addictions: True addictions all aim to satisfy cravings. Some addictions involved a stronger body component such as alcohol and drugs. Others, like gambling or shoplifting, are more habitual and not based on physiological arousal.

Uncontrolled sexuality: Sexual paraphilias (sexual acting out) such as exhibitionism, pornography, rape, voyeurism, and promiscuity all stem from acting out desires.

Obsessive behavior is a type of neurosis or expression of anxiety involving the same circularity. The obsessive is always looking for closure with no loose ends. Reality is not that orderly so the obsessive is always chasing his tail, rather than accepting life’s imperfections and even laughing when we see this folly in oneself.

And we all struggle with desiring more and more love from those we desire, again thinking that this gesture, this sexual encounter, this gift, will give the security and knowledge to be secure and permanent. Like Sisyphus, we are doomed to the circularity of success and failure, love and loss, health and illness. Better to live life fully with its limitations than to stay on the wheel.