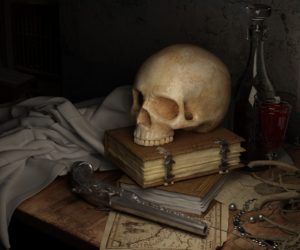 When I was raised, integrity was a high value. Integrity means the possessing of strong, honest, and moral principles, which transcend personal comfort, ostracism, or life.

I was raised Jewish. The history of the Jews is replete with martyrs who sacrificed themselves rather than renounce their religious beliefs. They held to principles and gave their lives for them. Early Christians allowed themselves to be crucified or placed in the arena rather than betray their Christianity. During the Vietnam war, Buddhist Monks immolated themselves to try and stop the war.

My early heroes all embodied the principle of integrity. Theodore Roosevelt was an early idol. His entire life he battled the political environment, was unpopular with his caste, but valued truth and clarity above all else.

Another hero was Clarence Darrow. He defended Scopes for teaching evolution in Tennessee, Leopold and Lobe who murdered a child. I admired his willingness to stand-up and defend those who were condemned, on the principle that everyone deserves to be defended.

As I matured, I was exposed to the war in Vietnam. Like most people of my generation, I opposed it. I protested, got chased by police, and was hated by the establishment for my long hair, scruffy appearance and anti-establishment views. I refused the draft. My traditional parents could not understand, as they had lived their life going along. Both my father and brother were Naval officers. They were anxious about speaking-up, fearful of being ostracized even though they agreed that the war was immoral.

After I finished graduate school and was in my psychology practice, a lawyer friend of mine asked me to do a legal evaluation. I did it, liked the work, and pursed a second Board Specialization as a Forensic Psychologist. I specialized in criminal cases. I loved the law and felt a strong desire to help those who I felt were wronged.

I often received condemnation for “defending murders, rapists, and thieves”. But I only defended them when I found that mental illness played a part in their crime and should be factored into a consideration of their punishment. Experts were called “whores” and in many cases, I got knee-jerk responses of condemnation, and threatening letters. I cannot say I was comfortable (I like to be liked) but I could not resist when I thought an injustice occurred. I often lay wake nights fearful of the next day’s testimony, knowing I would be the subject of angry diatribes. Fear dominated but I said my piece anyway, when the data supported it. I paid an emotional price of shame, guilt, and even condemnation for days after. But a passion for defending the mentally ill was a calling.

I am certainly less than perfect. There were times I went along to avoid hassles. But I would struggle and often lay awake trying to weigh the rights and wrongs.

What is so troubling today is the ease and lack of grace displayed by those who take a stand based on personal need rather than a transcendent truth. A polarized country has led to people standing on positions, only because they are self-benefiting, not because there is objective data to support their view.

From the perspective of Buddhism, two principles are violated. The first is the principle of attachment. Attachment occurs when our investment in a person, thing or idea remains, is fixed, and immovable. Even in the face of new data, people hold on to their previously moored ideas. Flexibility is lost. And although change is inherent, people remained immovable and static. They remain due to emotional or ego attachments, which are threatened by change.

They choose ego protection over integrity.

The second Buddhist principle violated is this principle of “delusion”. Delusion arises from seeing what one “wishes” to see. Rather than developing the nuanced perspective that invariably arises through thorough examination, advocates explore only that side of an issue which conforms to their pre-existing beliefs. Any information, even accurate information, is ignored or greeted with anger.

Buddhism is grounded on principles of truth. Employing practices of rational investigation, the objective recognition of the intrusive ego, enables us to see clarity, and hopefully act upon it.