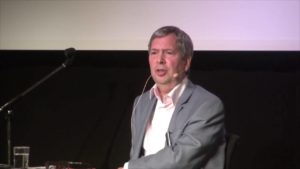 When three men described seeing a UFO hovering over a stable in Bethlehem two thousand years ago, they weren’t dismissed out-of-hand as they probably would be today. Nobody questioned whether they had been drinking or taking drugs, or tried to suggest that what they were looking at was an airplane, a satellite, a meteorite, a drone, marsh gas or even a flock of birds. In fact, they have gone down in posterity as being wise.

There’s nothing strange about having a sighting. After he experienced one in 1974, John Lennon wrote in his song Nobody Told Me: “There’s a UFO over New York and I ain’t too surprised.” Scientists now believe that there could be billions of planets with the capacity to sustain life as we know it, never mind life as we don’t – and that’s just in this galaxy.

And then there’s multi-dimensional life in the universe. Theoretical physicists estimate that only 4% of matter is visible, with the remaining 96% being so-called dark energy or dark matter which is undetectable. Others point to the electro-magnetic spectrum, of which the proportion that can be seen – the visible light spectrum – is so small as to be relatively negligible.

Governments haven’t helped. There is no longer any reasonable doubt that they lied and withheld the truth about extraterrestrial spacecraft for years. That too doesn’t surprise anybody in this era of spin, when the dishonesty of politicians is routine. When Sir Winston Churchill, as Prime Minister in 1952, asked his Air Minister, “What does all this stuff about flying saucers amount to? What can it mean? What is the truth?”, even he was fobbed off with misleading bureaucratic platitudes.

As someone who has campaigned and spoken about UFOs for decades, it is heart-warming to see more and more people seeking the spirituality behind this phenomenon. At one time – though thankfully not so much today – ufology fell into two distinct camps. There were those who embraced the metaphysical as well as the physical aspects, and those who adopted a purely ‘nuts and bolts’ approach and would look at nothing else. The latter group was particularly illogical when you consider that spiritual texts through the ages, from east and west alike, have been prime sources for this phenomenon.

The vimanas of the Hindu scripts were flying celestial vehicles in which gods, such as Rama, were transported. Both Moses and Jesus traveled in co-called clouds – and there are many other examples of UFOs in the Bible. The Roman poet, Catullus, wrote in the first century BC of a time in ancient Greece when, “the sky-dwellers in person used to visit the stainless homes of heroes and be seen at mortal gatherings.” And there are countless other examples of aerial phenomena being described in ancient cultures, often with religious connotations.

In more recent times many claims have been made of contacts with extraterrestrial intelligences, some of them with credibility and others not. The stand-out claimant for me is Dr. George King, whom I knew very well and co-authored two books with. Between 1954 and his passing in 1997, he received literally hundreds of communications from interplanetary sources.

He was not chosen at random, but because he had devoted ten years prior to this to rigorous psychic and spiritual training through a practice which was little understood in those days, namely, yoga. He did not do this to keep fit or to calm his mind, as many do today, but to realize the full extent of his inner potential and to discover enlightenment within. In the process he became an accomplished medium who was able to tune-in to and receive telepathic messages from beyond this world.

As he said in a television interview in the 1970s:

He was adamant that they came from intelligences who inhabit higher frequencies of existence upon planets in this solar system.

One such intelligence from Venus, the Master Aetherius, spoke these words through Dr. King in 1956:

“If your men in power were to have faith in God instead of a moth-eaten, wicked political system; if science were to have faith in metaphysics instead of the binding limitation of common mathematics; if an economic system were more interested in the world as a whole than it is in its own selfish interests, we could then come among you freely, easily.”

Richard Lawrence is an international best-selling author of several books including, Contacts With the Gods from Space (co-authored with Dr. George King) and, UFOs and the Extraterrestrial Message. He is Executive Secretary for Europe of The Aetherius Society and is featured regularly in print and on the radio. www.richardlawrence.co.uk