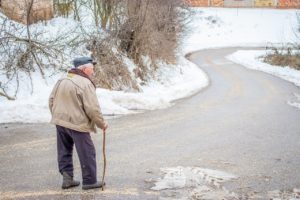 I’ve spent over a decade studying the areas in the world where people live longer and healthier lives than anywhere else on the planet. These “Blue Zone” regions are incredible because the people there live not only longer, but better. Besides having a large percentage of people that live to 100, the aging population also remains active well into their 80 and 90s, and typically do not suffer the degenerative diseases common in most of the industrialized world.

Blue Zones regions are Ikaria, an island in Greece; Okinawa, an island in Japan; the Barbagia region of Sardinia (Italy); Loma Linda, a small city in California, and the Nicoya peninsula in Costa Rica.

With my Blue Zones team of medical researchers, anthropologists, demographers, and epidemiologists, I found the evidence-based common denominators of all the Blue Zones regions.

We call them the Power 9:

1. Move Naturally. Moving naturally throughout the day — walking, gardening, doing housework — is a core part of the Blue Zones lifestyle.

2. Purpose. The Okinawans call it ikigai, and the Nicoyans call it plan de vida..Knowing why you wake up in the morning makes you healthier, happier, and adds up to seven years of extra life expectancy.

3. Down Shift. Stress is part of life, but Blue Zones centenarians have stress-relieving rituals built into their daily routines. Adventists pray, Ikarians nap, and Sardinians do happy hour.

4. 80% Rule. People in Blue Zones areas stop eating when their stomachs are 80% full and eat their smallest meal in the early evening.

5. Plant Slant. Beans are the cornerstone of most centenarian diets. Vegetables, fruit, and whole grains round out the rest of the diet and meat is eaten in small amounts.

6. Wine at 5. Moderate but regular consumption of wine (with friends and/or food) is part of the Blue Zones lifestyle.

7. Belong. Being part of a faith-based community adds four to 14 years to life expectancy.

8. Loved Ones First. Having close and strong family connections (with spouses, parents, grandparents, and grandchildren) is common with Blue Zones centenarians.