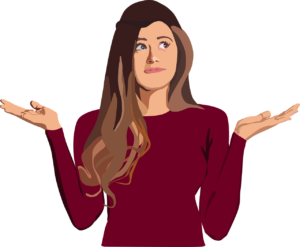 Fasting is an old concept being brought back into the spotlight by people seeking natural solutions to difficult health problems and by those seeking to improve their overall health. For this reason, I was especially interested in learning more about this fascinating subject in my annual Brimhall Wellness Doctor Re-Certification classes.

No calories are consumed, and water is the only liquid consumed during a true fast. The length of a fast varies according to one’s goals and health status. A juice fast with vegetables or fruit isn’t considered a true fast. As you might guess, fast food isn’t on the list either (lol)!

Intermittent fasting means consuming food only during certain hours and fasting the rest of the time. An example would be eating your daily food within 4 hours and fasting for the next 20 hours of the 24 hours. Fasts may be longer than 24 hours, every other day, or certain days of the week. You don’t have to fast all the time. Even occasional fasting has been shown to be beneficial.

Fasting is different from starvation because it’s self-determined. Starving means that the lack of food is controlled by someone or something other than yourself, and there’s a huge physiological difference. Fasting does not burn muscle mass for energy, whereas starvation does.

When fasting, the body converts stored fat into ketones. Ketones are used as fuel for almost every part of the body except for the liver. The liver makes ketones unless there is cirrhosis of the liver.

Ketones provide over twice the energy of proteins or carbohydrates, including both simple and complex sugars. Our bodies were designed to consume lots of good fats and oils, along with a lesser amount of carbohydrates. Both natural sugars and carbohydrates turn into sugars which require insulin. Insulin opens the cells to allow blood sugar into them to be used for energy. It enables the tissues of the body to absorb the glucose that is in the blood.

While injected insulin increases insulin in the body, it has been shown to reduce insulin in the brain. This results in higher insulin resistance in the brain, which blocks sugars from getting into the cells to be used as fuel. The result is that brain cells starve and die, followed by amyloid plaques and tau buildup. Dementia and/or Alzheimer’s disease may result when brain cells are starved. Ketones can go directly into living brain cells and regenerate their energy back to normal levels without insulin.

When fasting, stem cell production is increased. This further improves brain function by helping restore the loss of brain cells resulting in part from insulin resistance. We don’t know if we can rebuild at the rate of loss for the brain cells that have died, but any improvement is obviously a good thing.

Fasting has also been shown to be beneficial for weight loss, lowering triglycerides (blood fats), A1C, fasting insulin, glucose, and cholesterol while improving insulin sensitivity and normalizing ghrelin levels. Fasting reduces inflammation faster than only being on a ketogenic diet. Research shows that what takes 4-12 weeks in ketosis takes only three days of fasting to see a reduction in weight, blood sugar, blood pressure, leptin sensitivity, and insulin sensitivity.

During a fast, the body starts cleaning up dead tissues and other debris floating around the body, all of which cause decreased function in the body. When the debris is cleaned up, the body functions better.

What You Need to Know Before Fasting:

1. Take approximately one teaspoon of healthy (Celtic) salt each day to replace minerals lost while fasting.

2. Detoxify as much as possible before your first fast to improve the effects and ease with which you fast. When fasting, your body starts burning fats, which have been storage sites for dangerous toxins. Enlist the support of a professional who is knowledgeable in nutrition and detoxification to learn which specific nutrients/foods help absorb and eliminate these stored poisons. Even toxins stored in the body from many years prior will begin releasing, which is why support is so important. Organ damage, seizures, and other side effects may occur as the result of prior ingestion of food and chemical sweeteners.

3. Always check with your doctor before starting a fast. Remember that the internet cannot provide all the information you need. Women who are pregnant or breastfeeding shouldn’t fast. You must be especially careful if you’ve been diagnosed with hypoglycemia, diabetes, or cancer. Certain medications may prevent you from fasting.

4. Know how to break a fast. Don’t shock your body with the wrong foods. Avocados, nuts, seeds, and low starch vegetables are good choices.

If you’re new to fasting, I suggest a maximum of 12-16 hours, knowing that you’ll probably need a fair amount of willpower. Not being able to grab a snack anytime a craving occurs is harder than you might imagine. The good news is that this self-imposed restriction won’t last forever, and the rewards will be many!