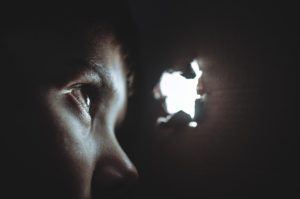 Lately, a great deal has been reported about loneliness. Are you aware that many psychologists are calling loneliness an epidemic? According to Cigna’s 2018 Loneliness Index, 46% of Americans report feeling lonely sometimes or always, and 47% report feeling left out sometimes or always. Just under 43% report feeling isolated from others, and the same number report feeling they lack companionship and that their relationships lack meaning. Feelings of loneliness were worst for the younger generations. In fact, those in “Generations Z,” 18 to 22 year olds, were the loneliest generation. Other studies showed that 25% of people report they have no one to confide in or no real friends, and 20% reported having just one friend, and often that was their spouse. In addition, one out of three older Americans now lives alone.

It has been found that loneliness and social isolation can be as damaging to health as obesity, physical inactivity, smoking 15 cigarettes a day, or air pollution. There are many negative effects that result from loneliness. They include depression and suicide, cardiovascular disease and strokes, increased stress levels, decreased memory and learning, anti-social behavior, poor decision making, alcoholism and drug abuse, progression of Alzheimer’s disease, and altered brain function. It can also lead to premature aging. Additionally, lonely adults get less exercise than non-lonely adults, their diet is higher in fat, their sleep is less efficient and they report more fatigue during the day. Finally, 50% of people who suffer from loneliness are more likely to die prematurely than those with healthy relationships.

There are many factors that contribute to the problem of loneliness. They include moving to a new location, divorce, the death of someone significant in a person’s life, psychological disorders such as depression, and internal factors such as low self-esteem. The rise of the internet and social media are also partially to blame.

People often know what they “should do,” such as reaching out to people and engaging in more social activities, talking to strangers, being more active online, and stepping out of one’s comfort zone. But people often avoid doing these things. Many have had negative experiences in the past and have developed habits and behaviors that are not healthy.

Often, people are too critical of themselves, which causes them to shut out others. Also, many people indulge in negative thinking because it has become habitual. People often feel they are not good enough for friendships, or are afraid of other people. Some people feel others won’t like them. But what may be the biggest problem is that people do not love themselves.

What is necessary is to change these maladaptive thinking patterns. In fact, research shows that this is much more effective in reducing loneliness than other interventions. The cure for persistent loneliness lies in breaking the negative cycle of thinking that created it in the first place.

There are different ways to accomplish this, including therapy and journaling. However, one very effective method to change the destructive or negative thinking is with the use of hypnosis. The negative thoughts are coming from the subconscious part of the mind, so why not deal directly with this? This is exactly what hypnosis does. With hypnosis, one is able to bypass the resistance in the conscious mind and go directly to the subconscious mind, which is where the problem lies.

We can find out what the person is telling him or herself, challenge it, and then replace the self-defeating beliefs with much more positive and constructive beliefs. Once this is accomplished, one will be much more willing to take the necessary steps to overcome the loneliness. When you feel good about yourself, you are much more willing to get out of your comfort zone and take the risks which are required to change your situation.

As noted in previous articles, hypnosis is safe and effective. If you would like to experience hypnosis, please contact Phil Rosenbaum at 248-688-6469. If you feel that loneliness has been an issue for you, why not take the steps to overcome it?