Body Mind Spirit GuideFor a healthy body, an enlightened mind, and a renewed Spirit
More
Home ALL ARTICLES What does it mean to ‘reinvent’ yourself?
Facebook
Twitter
Pinterest
WhatsApp
Linkedin 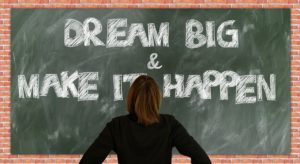 I am fascinated by stories of people who reinvent themselves. I personally know people who have up-ended their careers, relationships, or lifestyles in the pursuit of something better. These kinds of people are fearless in my eyes; the idea of doing something similar terrifies me.

On the one hand, personal reinvention is in my blood. I come from a long line of immigrants – from Lebanon to Egypt, to France, to Australia. Each generation in my family has made a move across continents to begin their lives anew. These journeys have brought new careers, foreign loves, and changed destinies.

While I crave adventure, it doesn’t rule my decision-making. I find great comfort in taking the more carefully constructed path. There is a safety that comes from envisioning your future, mapping the necessary steps to get there, and consciously taking them. I love spontaneity, but I yearn for long-term plans and an element of predictability. Re-invention seems to go against these things; it’s like taking an eraser to your past and putting a dent in the foundation you spent most of your life building.

In the documentary, She’s the Best Thing In It, stage actress Mary Louise Wilson discusses her own experience of reinvention. After having worked consistently on Broadway for decades, she was awarded its most coveted prize: a Tony Award. What should have propelled her career forward did just the opposite – job offers stopped altogether. She’d reached her peak, and producers wouldn’t go near her.

In the film, Wilson explains how challenging it was to go from a career-defining moment to an all-time low. She took her life into her own hands and began writing her own material, and it wasn’t long before she found success as a playwright. As she grows older, she continues to reinvent herself. The film follows Wilson, at age 79, as she travels to her hometown of New Orleans to teach her first acting class, yet another career adjustment.

The problem with trusting your gut is that it is often curtailed by fear. And the thing about fear is that it is symbiotically linked to our notions of safety. We seek protection from what frightens us, and too often, it pulls us in the opposite direction. A small move in a safer direction can gradually move us miles away from where we intuitively wanted to be in the first place. It takes a brave soul to listen to a gut instinct that might be saying: “Do a 360.”

I’ve come to realize that no matter how much I may want to pave the road ahead of me, there are going to be potholes and divergent paths I can’t foresee. But I am beginning to discover a newfound beauty in the unexpected fractures – it’s a journey guided more by my intuition and less by pre-conceived notions.

Reinvention demands that the way we see our present and future selves be fluid, with the possibility for change. Or, we can choose to see it as more of an unraveling and allow life, with all its twists and turns, to peel back the layers, infinitely revealing our potential.