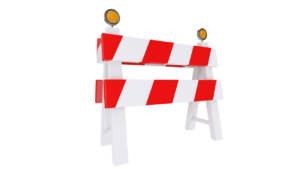 I’ve often heard it said that the definition of insanity is doing the same thing over and over again, while expecting different results. Somehow, many people believe that if they hold an intention strongly enough, they’ll manifest the life changes they desire. While it is true that thoughts become things and the energy of thought can directly affect matter and circumstance, without taking action to shift your basic beliefs and perspectives, you will be unconsciously repeating the same behaviors, while expecting a different outcome.

Every life experience shapes your expectations of what’s possible. Those experiences also create a record within your subconscious mind that sets boundaries that dictate what you’re capable of achieving. While failure, in any situation, is simply a rung on the ladder of success, we oftentimes erect walls in our minds, regarding our capabilities, based on those past experiences. Statements, such as, “I’ve tried that before, and it just doesn’t work,” are a perfect example of how one can be jaded into placing limitations on what they’re capable of doing.

Sometimes, being inspired by the actions of others can help to break down those barriers and provide the motivation to try a new and different approach, even though past experiences haven’t been productive. But, when that doesn’t work, it’s time to look deeper into why your actions are being blocked.

When looking at life through a narrow lens, you can miss out on seeing the full picture. Your perspective can be radically different from that of someone who’s seeing things from a different angle. It’s in these moments that you can purposely choose to open yourself to new possibilities by exploring the ways that others approach similar situations. Inspiring & motivational books, lectures, talk therapy & guidance sessions, can all assist in this process.

However, sometimes it can seem that there aren’t enough self-help books and seminars on the planet to shift your belief system. In those cases, a few sessions of hypnotherapy can uncover and resolve the mental blocks that are holding you back.
I’m a true believer that anything and everything is possible, and the only thing that stands in the way of this, are the boundaries created and maintained in our minds. If you’ve read some autobiographies of highly successful people, you’ll find one thing in common – they fearlessly charted their own paths, with little or no regard for what was defined as being possible.

So what’s keeping you from pursuing the life you desire, and what are you waiting for? Don’t put off the opportunity to pursue your dreams. If something is holding you back, reach out and try a new approach. Chart a new course. If you feel that you’ve hit a dead-end, and you just can’t move beyond limiting beliefs, a few sessions of hypnotherapy can help to uncover and resolve the mental blocks that are creating those mental boundaries. We are all simply actors, acting out roles in a magnificent play. Break down those limiting beliefs and live life to its fullest!