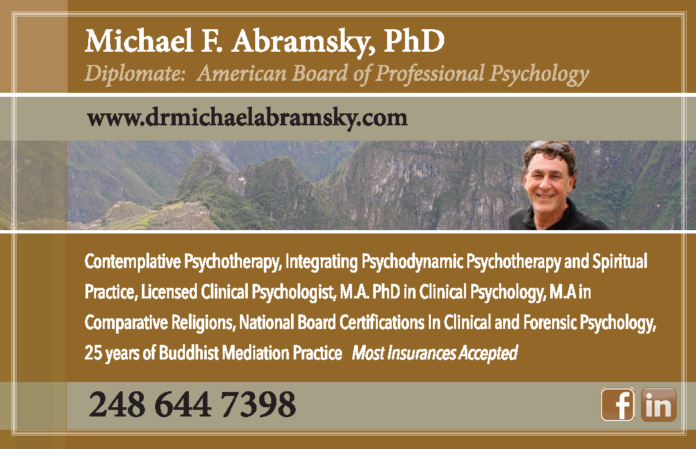 Michael F. Abramsky Ph.D. received his Doctor’s Degree from the State University of New York and completed his Clinical Internship at the Lafayette Clinic in Detroit. Subsequently, he was awarded Nation Board Certifications in both Clinical and Forensic Psychology. Michael F. Abramsky, Ph.D. 248 644 7398 https://www.drmichaelabramsky.com/

Contemplative psychology is an alternative approach to psychotherapy that incorporates Buddhist teachings with modern Western psychology. It was developed in the 1970s at Naropa University by a Buddhist monk named Chogyam Trungpa Rinpoche and members of the Naropa psychology department.