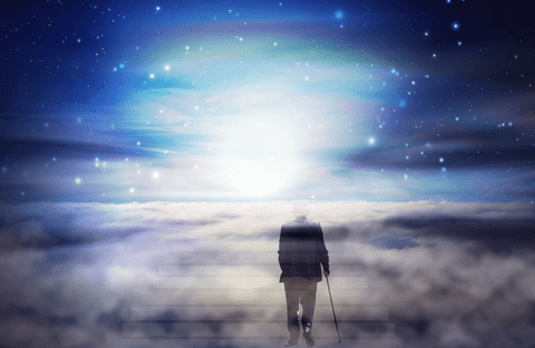 I have physically been through the Near-Death Experience back in 1986, and it redefined the whole notion of what is death for me. I have always had an interest in life after death and believed in reincarnation all of my life.  Memories of my past lives stayed with me until I reached an age that life was beginning to take on its own memories and then things faded into my subconscious mind.

My parents and older siblings were fascinated by my stories that I would share about my other lives.  My most recent past life was spent as a wife of a soldier who served in WWII fighting in the European theater.  I was killed crossing a bridge trying to get away from the enemy that were taking over our small town.  I had my baby boy in my arms as I crossed and was told to halt, but I choose to keep walking, fearful they would separate me from my baby.  I heard a lot of yelling then a gun shot, fear took me over, then suddenly feeling bullets boring through my back killing both me and my baby.

I told this story since I was able to talk.

I was born in 1952 in a household full of politics fearing the Russians and communists.  I remember telling my dad this recounting of my death in my past life.  He was patient listening to his young daughter recount events of the times as he was a WWII solider who worked in the headquarters in Europe. The details fascinated him; however, his strong religious views could not accept reincarnation.

Being a psychic/medium for over forty-five years, reading tens of thousands of people over the years and experiencing my own death, I can say for sure: we do not die! At least not in the essence of our soul energy.  As all organic living things on Earth, the physical body goes through a cycle of living then decay until death…

I have had thousands of spirits come to me during my long career as a psychic/medium, giving “Messages from Heaven” as I call them to their loved ones.  Many of them did not have time to give a final goodbye to ease the hearts of their family and friends. So, a medium is a wonderful way for them to come through to let their loved ones know they are still living but in a different place.

What is on the other side of the veil many ask me? Well, I believe through the many different spirits I’ve had the privilege to communicate with that it may be different according to many things that we experienced on Earth. When people first transition they bring with them their identity they created in their life. (I will write about this in more details in future articles)

Sometimes I have picked up on people in transition that were still living but they are in a coma or may have dementia or other cognitive impairments.  Their souls are in this world and in the spirit realm.  So, at times when I am doing a reading and pick up on a loved one, they come through as if they were already on the other side of the veil.  This happened with my father who passed in 1992. He was in a coma, however when I came to see him, I saw his spirit while he was still breathing on the many machines hooked up to his body. He showed me his life and that he was happy.  We had to make a very difficult decision as a family whether or not to pull the plug and let him go as his body was shutting down. My family knew I could communicate with him, and ask to see what his wishes were.  He gave permission to let him go.  He was back in his Army uniform with his duffle bag on his shoulder, said his goodbyes and with a big smile he said that he was on to the next adventure. Yes, as he moved down the road, he turned to me and said I will see you in the next life my dear daughter.  I cried for about a month, and still miss my Dad. However, I have no doubt we will see each other again.

Many people are confused about the actual process of reincarnation. This short article is just enough words to let you know you never die, you just Transend.  Even those that do not believe in life after death and think we just decay in the ground. They will have a different view of it all when they actually move on into the soul realm.

Next issue: Reincarnation. “Facts and Fiction from a psychic/medium’s point of view.”

Wendy Powers Nugent, Clairvoyant, Minister, Writer and Certified Spiritual Counselor. She has been a professional psychic for more than 40 years with proven accuracy.

To make an appointment please Text: 248-826-8255 leave your name and that you want to book an appointment. To find out more about readings, visit her website:

Offering; Zoom or phone sessions by appointment only.