Body Mind Spirit GuideFor a healthy body, an enlightened mind, and a renewed Spirit
More
Home ALL ARTICLES Would You Like to Have the Skills of an Edgar Cayce?
Facebook
Twitter
Pinterest
WhatsApp
Linkedin 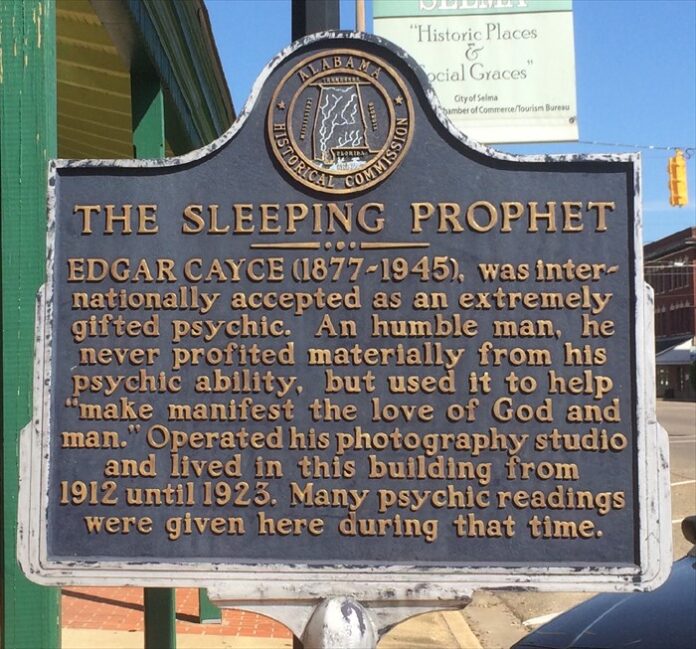 Have you heard of Edgar Cayce? He was called a “Sleeping Prophet” because he would go into a very deep trance and get information that would help heal people with all kinds of ailments. This was known as “doing a reading.” One time Edgar Cayce, who lived from 1877 to 1945, was struck on the spine by a ball at school. When he got home, he was not making any sense, and his father ordered him to go to sleep. When Cayce woke up, he told his parents what he needed, and his grandmother prepared the potion and placed it on the back of his head. He fell asleep, and when he woke up, he was back to normal.

Another time, Cayce lost his voice and was totally unable to speak. A local hypnotist in the area used hypnosis on him and was able to partially restore Cayce’s voice, which allowed him to do readings. However, after the readings were over, he was again unable to speak. The hypnotist suggested Cayce put himself into a trance to see if he could obtain a solution to his problem since Cayce had helped so many people this way. Cayce agreed and got the information he needed. This restored his ability to speak.

When Cayce would do a reading, he would be in such a deep trance that he was not aware of what was going on around him. In fact, some skeptics would pinch him to see if he was faking, but Cayce did not even feel it. Cayce had no idea what he said during the reading and would have to read the notes his secretary wrote while he was in trance. Only then did he learn what had transpired.

Cayce stated that he went to the Akashic Records, which is like a giant library of the universe and contains the records of every thought and action every person has had in their current life and for every life the individual has lived. Cayce claimed we all have the potential to go to the Akashic Records to gain important information about our lives. Would you like to have this ability? The truth is we all can get the same kind of information Edgar Cayce was able to get.

Dolores Cannon was a very successful hypnotherapist and author. She was fascinated by the idea of past-life regressions and developed a method she called Quantum Healing Hypnosis Technique or QHHT. Dolores would normally guide individuals into a past life and then have them go to what she called the “Subconscious.” When she said Subconscious, she meant it much differently than Freud or others when they refer to the Subconscious. Some might call it the Higher Self or the Superconscious. At this level, Dolores was able to get answers to all kinds of questions as well as get healings for many individuals.

Dolores would have the clients make a list of questions they wanted answers to, and when Dolores got to the “Subconscious,” she would ask the questions. The questions were about the individual’s life, such as “What is my purpose?” or “What should I be doing with my life?” or “When will I meet Mr. or Mrs. “Right?” or ”Why did I have to go through a certain experience?” and so forth. Normally the “Subconscious” would answer the question as long as the answer was beneficial to the individual. It would never answer a question if the answer would be harmful to the person. In addition, she frequently was able to get healings for a number of different ailments. This included reconstructing cartilage between joints, eradicating AIDS from the body, healing heart conditions, eliminating migraines, restoring vision to 20/20, curing lung problems and skin problems, and much more. Dolores taught many people how to use her technique, and many of them reported amazing results. If you would like to experience a “QHHT” session or do past-life regression, please get in touch with Phil Rosenbaum at 248-688-6469. I’m located in Royal Oak, Michigan. A session like this could change your life.