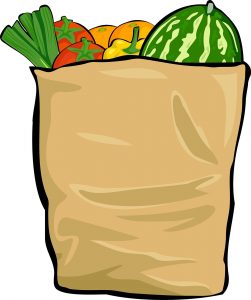 It is curious that physical courage should be so common in the world today, and moral courage so rare. –Mark Twain

The natural evolution of humankind seems to be leaning toward a less empathic world of our fellow human. The challenge herein is to resist this tolerance of dismantling humanity, as we know it to be. Would this be a better society if we used our moral courage more often, or physical courage?

When was the last time you stood up for your moral convictions, your principles? Example: A situation where someone is assuming that you are in agreement with their position on something — did you speak up to correct them? Alternatively, did you just sit-by, to get along?

A while ago on my way home after work, I stopped at an unfamiliar supermarket. As I walked towards the door, two young boys (10-13 years old) approached me and asked if they could put my groceries in my car for a couple of dollars. (Granted I had not gone in the store yet.) I asked the oldest, What are you going to do with the money? He replied, Buy my little brother a McDonalds. I asked him how many cars they had loaded groceries into. He said, Three or four, not many. I replied I think that should be enough for you and your brother’s dinner. He became visibly agitated, ..but I have to buy for my mom and little sister.

I continued as to why I should pay them when I can load my car. He was stunned that I continued with questioning. Then I used this time as a teaching moment, speaking up as I felt it was my moral duty to do so. When you are requesting to do a service for someone, you must include the benefits of why they should hire you and not the next person, and the reason for you offering the service. At this point, I had both boy’s 100% attention (both were small in stature, the older boy spoke softly and very polite). As I was talking, other boys that were working the parking lot came to hear what was going on. Then customers from the store were circling around, shaking their heads in agreement.

I did my shopping, spending more than planned. The two boys were waiting for me — they loaded my car. By this time, the boys’ mother had come. With teary eyes, she thanked me for talking to her children. I told the boys that I appreciate their service and that they should go into the market and ask for the manager. There was a $50 store credit waiting for them. The point to this story: I could have ignored the boys in the parking lot, I could have paid them $2 for loading my car or I could have used this opportunity as a teaching moment that would last longer than a McDonald’s meal. I used my moral courage as a teaching lesson. Not for a moment did I think that it could have turned out any other way.

When I arrived home and told my husband what happened, he noted that it could have turned out very differently; the boys and friends could have robbed me. My reply, …but they did not…

We are all on this planet we call, home. If we don’t stand up to the challenge to resist the dismantling humanity, we will be no more. It is my conviction to stand by my moral courage and help my fellow human and not judge little boys in the parking lot, asking for a McDonald’s meal.