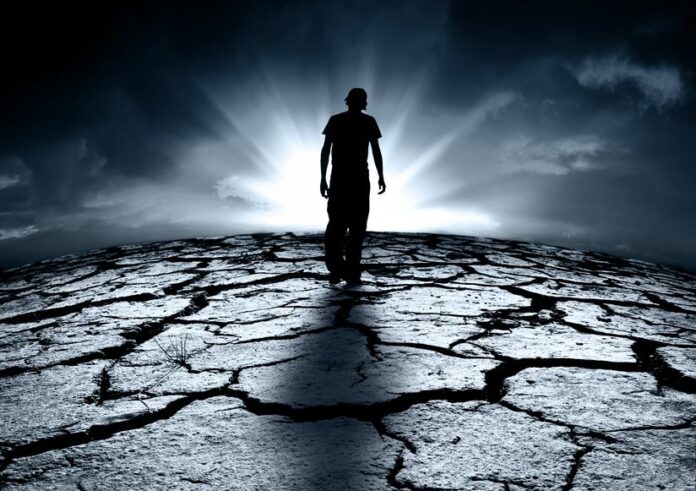 Depression is the most common reason patients come to see me. I have spent long hours searching for the common core of those who are suffering from depression. I have found three patterns:

A small number of people are depressed largely because of their body chemistry. At base, all feelings are rooted in the body, and unfortunately some people experience frequent depressions because of biochemical shifts or cycles. They are good candidates for anti-depressant medication.

Another group is depressed due to a recent loss or history of losses. Losses are the most common etiological psychological factor in depression. Recent deaths, disruptions in relationships, economic setbacks, and trauma leads to depressive narratives. Psychotherapy tackles these issues.

The third face of depression is spiritual. It arises when people cannot find meaning in their life. A spiritual perspective assumes that people come into this world with a pre-ordained purpose. That purpose is often hidden, and it is man’s duty to discover the purpose for which he has been brought to life in order to fulfill. The fulfillment of purpose leads to feelings of contentment and happiness.

The Biblical story of Jonah is a paradigm of such spiritual depression.

At the beginning of the Biblical story God calls to Jonah, a designated prophet, “Go at once to Nineveh, that great city and proclaim judgment upon it; for their wickedness has come before me.” Similar Biblical scenarios are common throughout the Old Testament. Periodically, God calls on his messengers to speak for Him. Traditionally they answered, “Hineni”, or “Here am I”. Heneini signals a prophet’s willingness to subvert their desire in order to carry out God’s will. This is path prophets take to establish meaning in their lives. Their will (ratzon) blends with God’s purpose. But when Jonah hears God’s message rather than embracing it, he runs.

He gets on a boat in a foolish effort to escape God’s service. While sailing, God sends a fierce storm and the crew is terrified, knowing that they are headed for certain death. As the crew struggles to save the boat, Jonah hides in the bowels of the boat trying to ignore the storm. But the storm is inside of him; Jonah has failed to fulfill his role as a chosen prophet, so he suffers.

Finally, Jonah admits to the fearful crew that he is the cause of their problems. He begs them to throw him overboard, to let him die. Jonah is suicidal and desires death. He is depressed. Such is the price he pays for avoiding his life’s purpose.

Thrown overboard, the “Lord provided a big fish to swallow Jonah”. In the belly of the fish, Jonah undergoes a psychic transformation. The psychologist-theologian Thomas More calls this, “The dark night of the soul”. It is a period where contemplation springs from depression, and may lead to enlightenment. Jonah is grateful that God has saved him, and vows he will carry out the Lord’s wishes. The fish takes him back to the port from which he fled.

Finally, Jonah preaches at Nineveh, and, indeed, the people do repent. But Jonah is still not happy. He carried out God’s will but his heart was ambivalent. He is angry and critical of God; he is humiliated and cannot let go of his anger for the people of Nineveh. His own ego needs still conflict with God’s wishes. In fact, rather than being content, Jonah voices suicidal ideation. “Please Lord, take my life, for I would rather die than live”.

The story ends with ambiguity. The Lord tries to teach Jonah a lesson about forgiveness but Jonah is still resistant. Jonah will not let go of his anger and again voices, “I want to die”.

The central motif in all spiritual psychology is the conflict between our ego needs and the transcendent purpose in our lives. Daily we are challenged: “Do I give in to lust, greed, power, anger, disappointment, or sadness, or do I reach for my higher purpose?” That higher purpose is the choice that supports history, the greater society, and the highest values contained in our religious and ethical traditions.

The late psychologist Abraham Maslow interpreted Jonah’s story. He referred to the “Jonah Complex”. The Jonah Complex signifies those individuals who run from fulfilling their highest potential. Rather than fearing failure, they fear success. They are despondent, as they never reach their potential.

Falling away from transcendent purpose invariably leads to despondency, an existential depression, and a loss of meaning in our lives. Conversely recognizing and fulfilling one’s highest spiritual potential is the only genuine path to happiness.